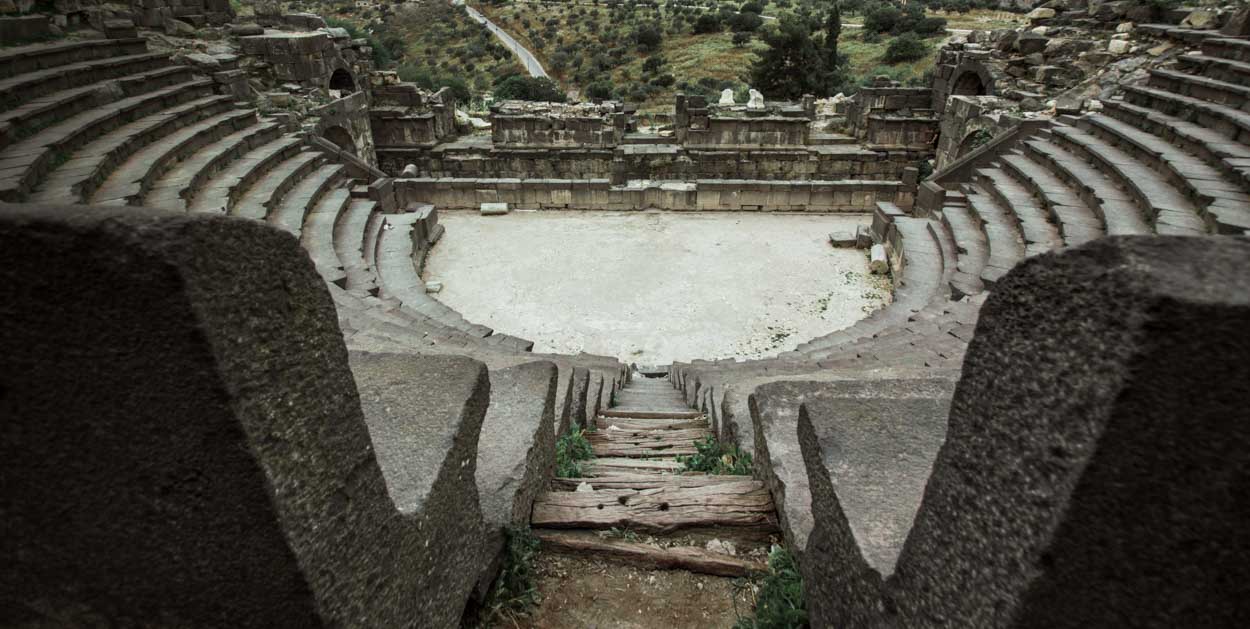 Umm Qais is a sleepy village with deep historical roots as one of the Decapolis cities of Roman times, and incredible views of the Golan Heights, the Sea of Galilee and the rolling hills of Yarmouk Nature Reserve.

The village of Umm Qais wasn’t always as small and as relatively unknown as it is today. Gadara, as it was once known, was a large city that consisted of markets, hot baths, churches, fountains, mosaics, housing, courtyards and much more. This important city passed through the hands of many empires such as the Greeks, the Ptolemaic dynasty from Egypt, the Seleucids Empire from Macedonia, the Romans, the Byzantines, and the Ottomans. Influences of each empire can be found throughout the ancient city; from the theatres and baths of the Greeks, the water systems of the Romans, the Christian adaptations from the Byzantines, and the name from the Ottomans; the town became known as Umm Qais because of the Turkish word Mkeis, which refers to taxation.

There were important battles in this area, such as the Battle of Yarmouk, which was an important fight between Muslim Arab forces from the Rashidun Caliphate against those of the Byzantine Empire. The Arab forces were led by Khalid Ibn Al-Walid, who was a very successful military tactician and companion of the Prophet Mohammed. This region is now named after this military general who once fought in the Levant, the Hijaz, and lower Mesopotamia.

Umm Qais would also play an important role in the very recent history of Jordan, as military bunkers can be seen in the immediate vicinity of the historical site of Gadara. These were used in the Arab-Israeli war of 1967 and were kept in use for the years after the war. Today, there is still a military presence, as Umm Qais is close to the Golan heights and the Israeli border. However, due to peace between the two countries the military presence is merely a reminder of the region’s history post 1945.

Established in 2010 by the RSCN and located on the hills surrounding Umm Qais, the Yarmouk Forest Reserve is a protected area known for its deciduous oak trees, the national tree of Jordan. Yarmouk’s landscape provides a rich diversity of habitats for countless plants and animals. Over 16 species of large mammals, including the Caracal and Mountain Gazelle, have been recorded and the Yarmouk River even boasts one species of endemic Tilapia fish. Yarmouk is home to 14% of all of Jordan’s birds, making it an Important Bird Area and prime corridor for global migration. For many of these species, Yarmouk is their last hope: the Pygmy Cormorant, Marbled Teal, Griffon Vulture, and the Brown Fish Owl are all threatened with extinction on a regional or global level. Currently, forests constitute about 1% of the total Jordanian land area, which means that the deciduous oak trees in Yarmouk are more than scenic landscape; they are a national treasure. Although the pattern of their growth is not seen anywhere else in the Kingdom, these national trees of Jordan were not on any other conservation list and their national and regional survival was severely threatened by logging and overgrazing.

This small village, only 7,000 people, has an unusual number of 42 different tribes.  The intermarriage and family bonds have grown to create a peaceful and diverse community.

The people of Umm Qais boast about the high levels of education within their village and proudly proclaim to have the highest number of PhDs in their region. This is historically a town of poets, artists and writers and it is not difficult to still find that spirit as you walk through the village today.

The attachment that the locals have to the Ottoman ruins is also very significant; many of them were born in those homes before it became a cultural heritage site. Only a generation ago, almost the entire village comprised of farmers; however, with the development of the area since the 1980s, demand for steady income has forced most families to seek out salaried jobs. The love of the farmland, however, continues and most families have olive groves, wheat fields, citrus fruits and among many others.

Locals are very receptive to tourists and have been hosting archaeologists as far back as the 1980’s; although, if you ask a local they’ll say they’ve been hosting foreigners since the Greeks arrived some 2,000 years ago! 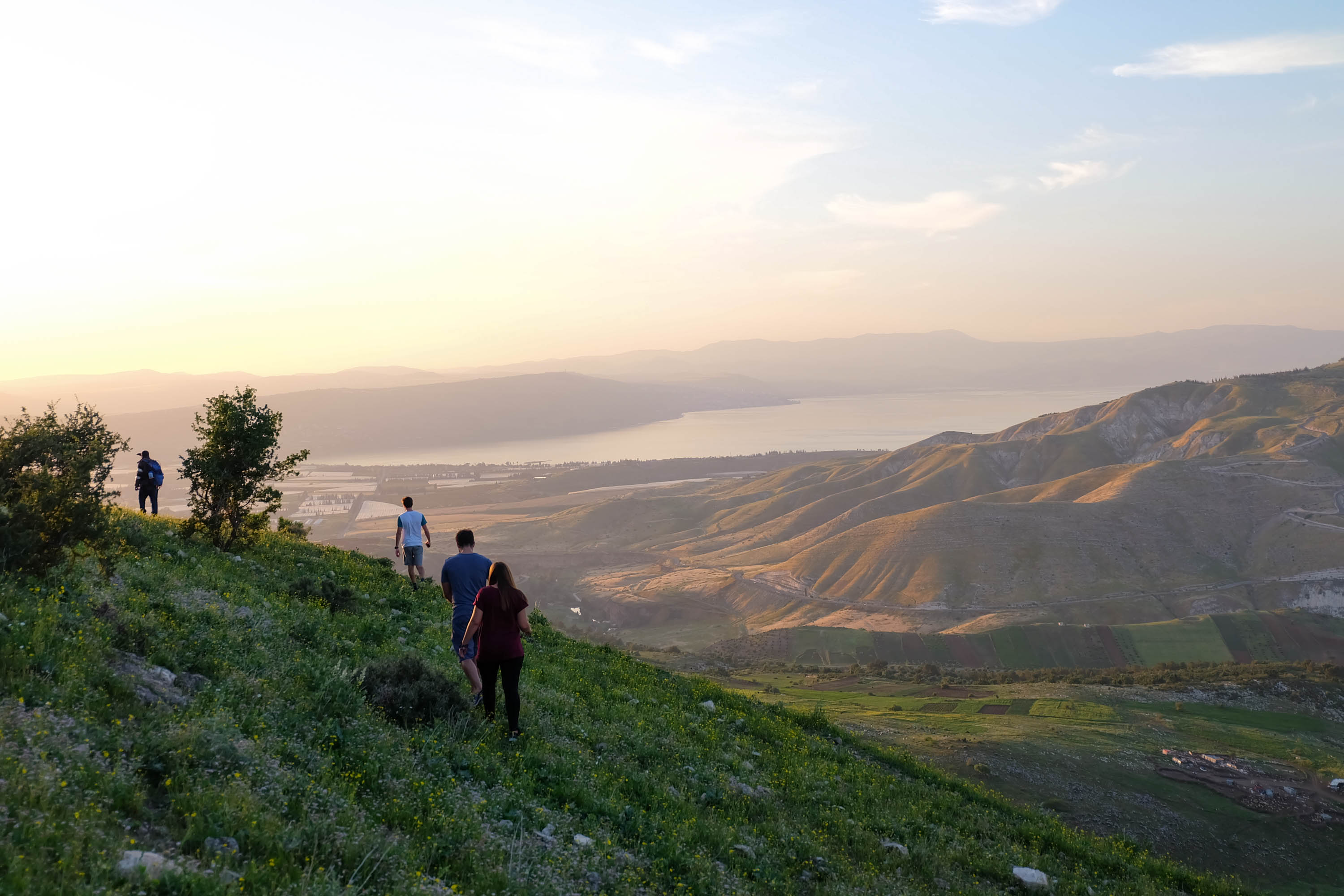 Interested in exploring the area on foot but don't have a lot of time? Try out a half day hike. *(Price is based on a group of 4 Adults) (Pricing Per Person depends on Group Size)
2-3 Hours 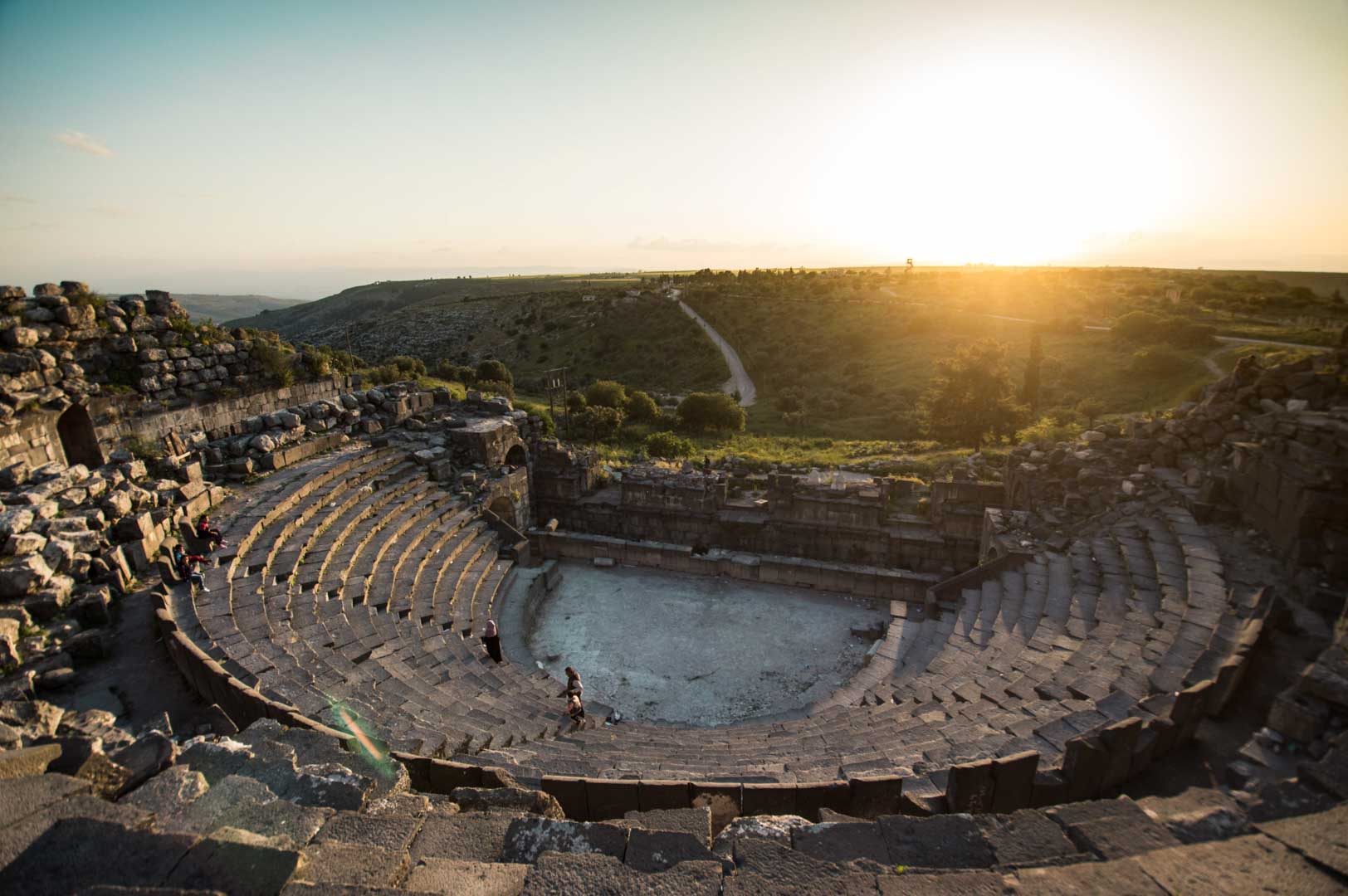 Explore the ancient Decapolis city of Gadara with a knowledgeable guide. *Price is per tour.
2 Hours 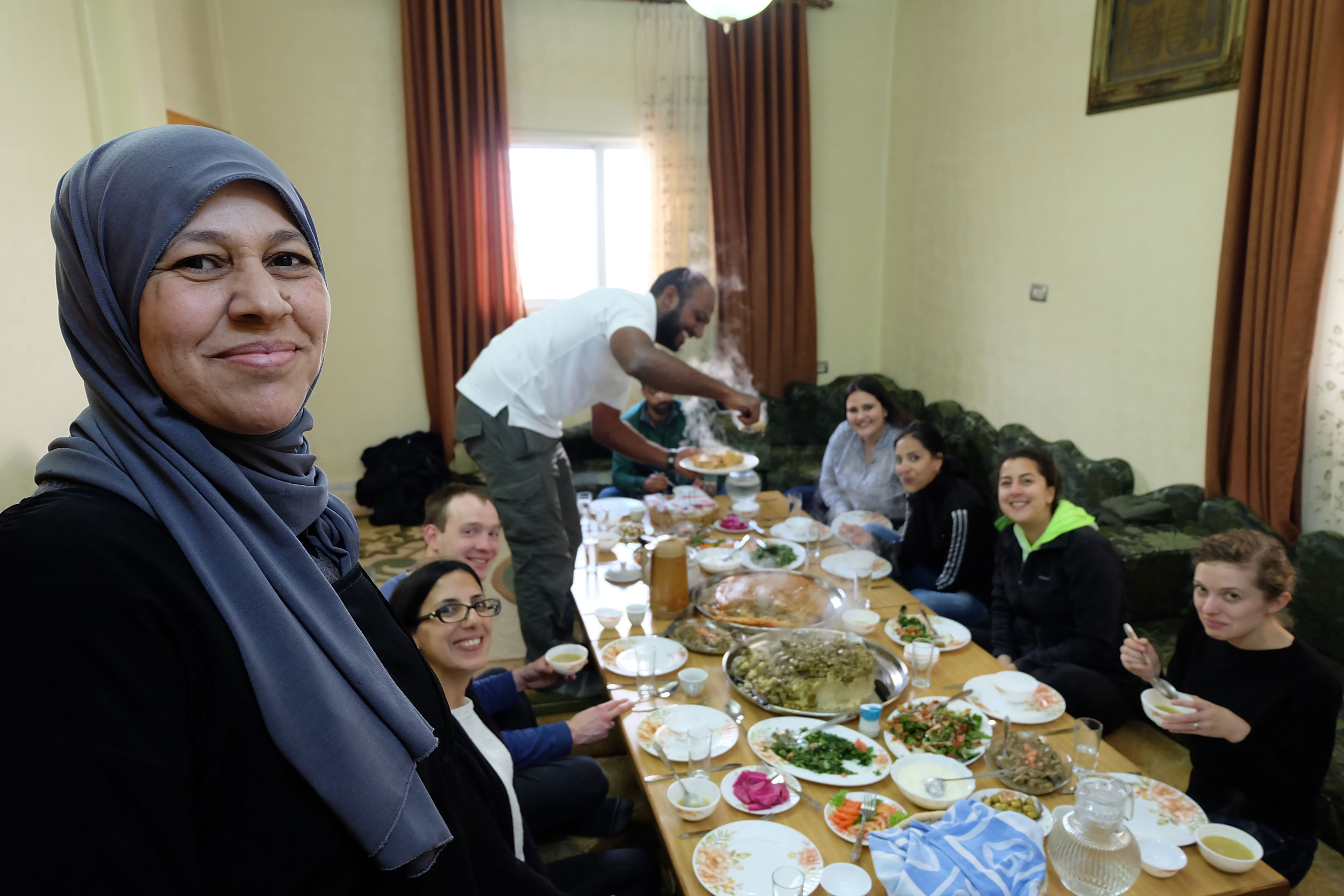 Enjoy the rich experience of a home cooked meal with a local family in Um Qais.
2 Hours

Join a local beekeeper on an adventure that will highlight the way of life inside a beehive. *(Price is based on a group of 4 Adults) (Pricing Per Person depends on Group Size)
1.5 Hours 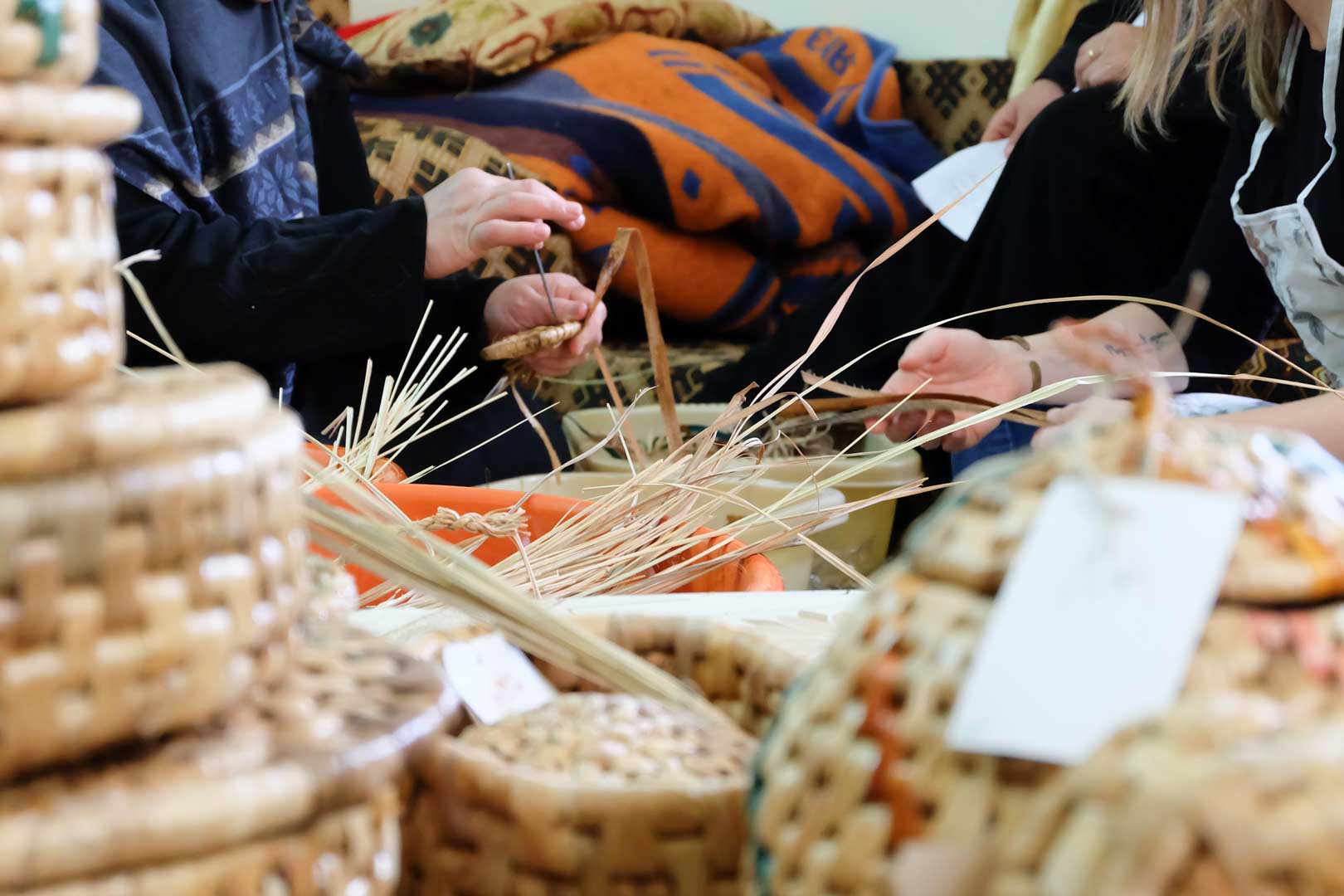 Master the ancient art of weaving by creating your very own basket. *(Price is based on a group of 4 Adults) (Pricing Per Person depends on Group Size)
1.5 Hours 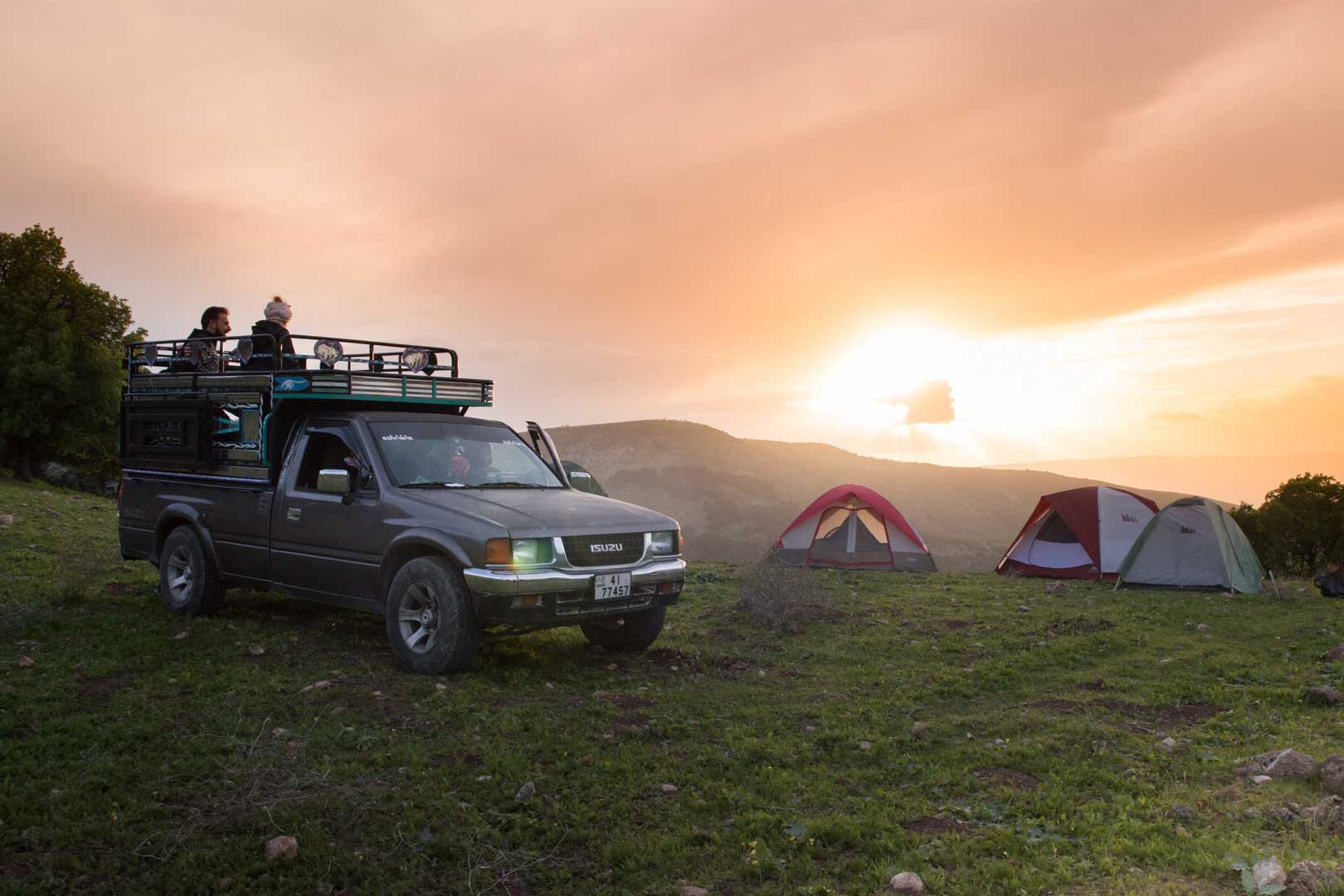 After a full day of hiking, camp overnight with a knowledgeable guide who you can rely on for path finding and an introduction to the local people and culture. The area is rich in historical sites and plant diversity- ask your guide! Talk to us about our various hiking routes and camping sites to find…
2 days 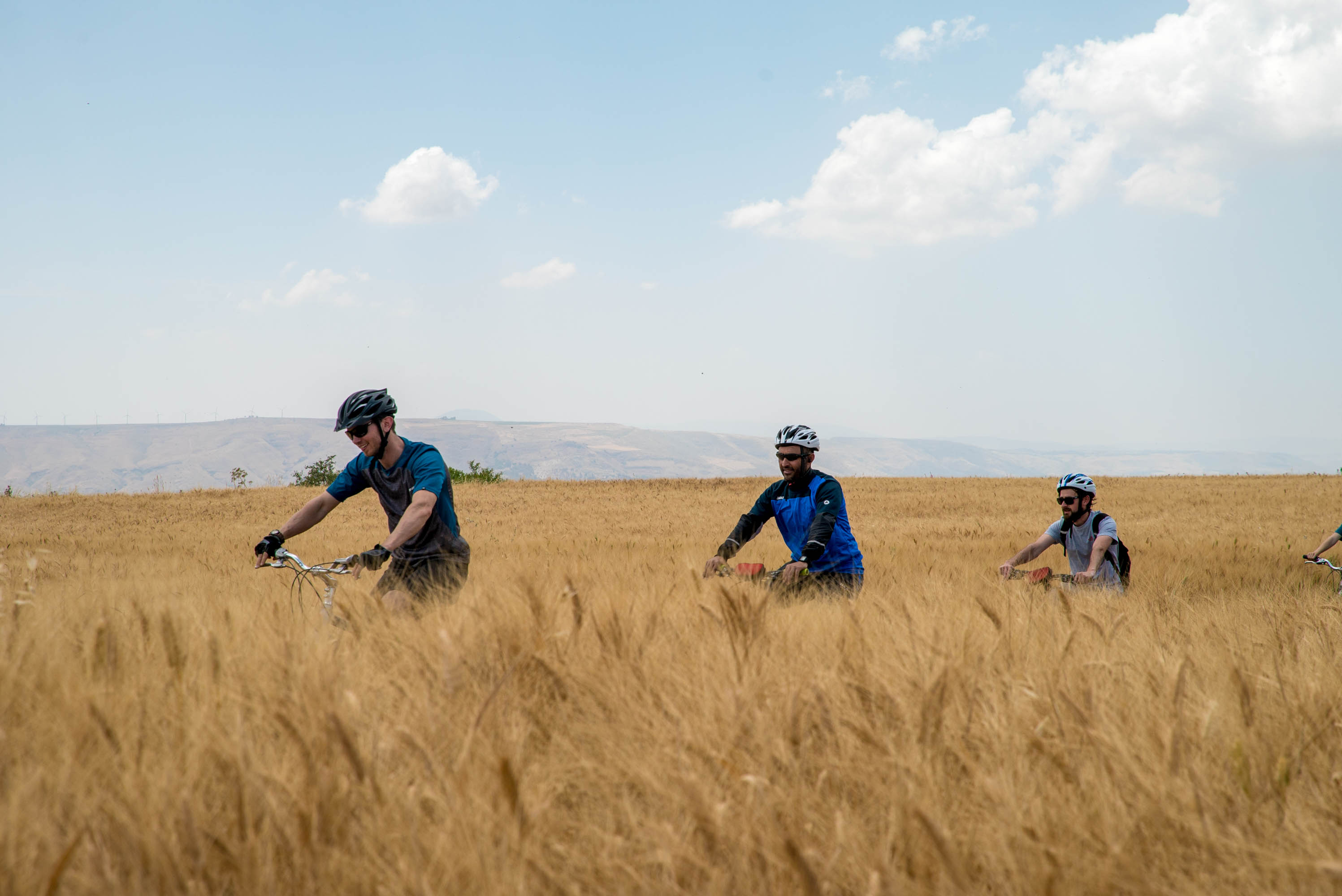 Explore Um Qais on wheels. *(Price is based on a group of 4 Adults) (Pricing Per Person depends on Group Size)
3 Hours
18+ 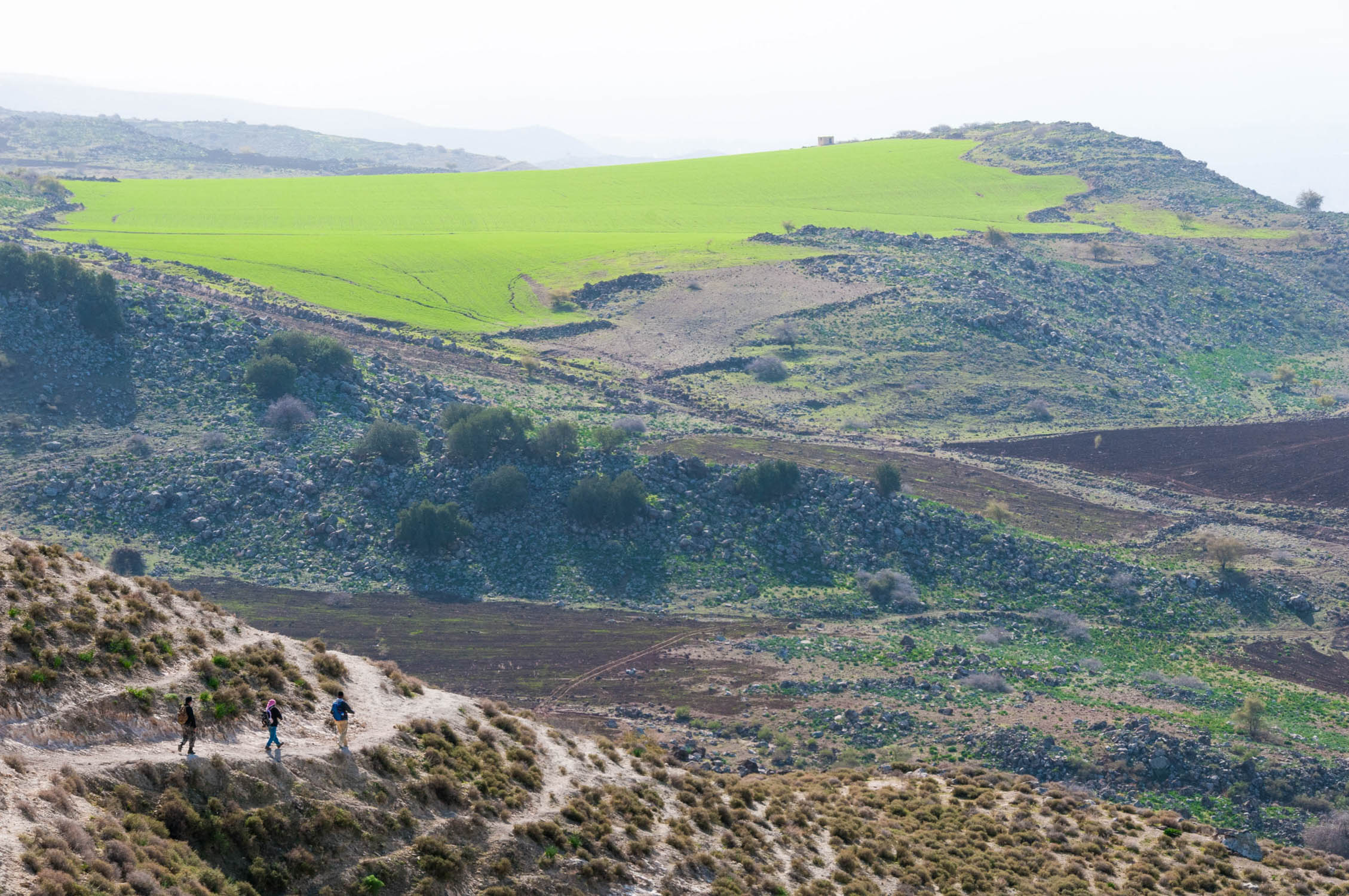 Choose from our various trekking options to explore Northern Jordan on foot. *(Price is based on a group of 4 Adults) (Pricing Per Person depends on Group Size)
6 hours